The 4 Shades of Anger & Why Anger Management Doesn’t Help 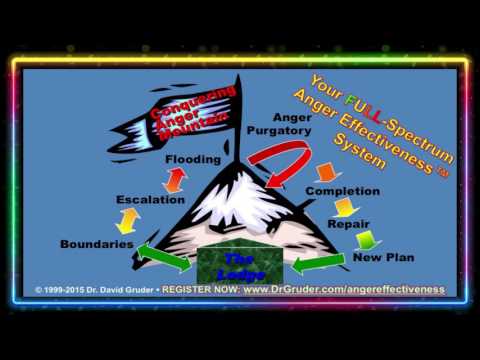 Of all our emotions,
anger is perhaps the feeling
we most tend to mess up.
With ourselves & with others.

That’s understandable — on the surface at least. You see, most people associate anger with manipulation and violence: whether verbal, physical, sexual or spiritual.

Look at all the road rage and school shootings. Think about the blow-ups and pouting you’ve seen in others and perhaps in yourself too. Consider how rampant blaming others is, and how easy it is to shame ourselves. The ways we humans have of misusing anger to be hurtful are virtually endless.

Yes, that’s right. These are misuses of anger. What if I told you that anger is actually designed to be one of your most amazing allies? And that there is a secret to turning your anger — and others people’s — into YOUR ally? In other words, what if there actually is a way to develop a relationship with anger that lets you use it in service of love instead of destruction?

My Faulty Anger Training & the Harm It Did

I know a lot about destructive relationships with anger. Personally, not merely as a psychologist. As a child, I regularly witnessed — and was on the receiving end of — my Dad’s explosive rages. That was incredibly painful and shaming, believe me. And I just as frequently heard my Mom slam kitchen cabinet doors, be snippy with me and others, and become depressed and distant when she was angry. That was equally unpleasant. Those were the only forms of anger I knew as a child and a teen. So, it shouldn’t be any wonder that by the time I was sixteen, I was literally saying to people, “I don’t do anger!”

Of course, denying my anger only drove it underground. And that forced it to leak out indirectly. In ways that always felt out of my control. The forms my anger most commonly took included:

None of this changed when I became a psychologist. None of the highly valuable books, personal development workshops, or psychotherapy, I had greatly benefitted from in other ways touched my dysfunctional relationship with anger. In fact, it wasn’t until the mid-1990s, when I was in my 40s, that I finally started moving into right relationship with anger… despite having by then become a highly regarded psychologist.

The Shift That Made All the Difference

What changed? I finally found a way to COMPLETE my unresolved anger. One that actually worked for me. I watched this method clearly work with virtually everyone else I assisted with their anger issues. And I similarly saw literally multiple hundreds of people who I’ve mentored and facilitated with anger completion & transformation successfully use this method to create deeply valuable and durable benefits for themselves.

The method is called Focused Expressive Psychotherapy (FEP). It was developed and verified over a 20+ year period at the University of Arizona. To this day FEP remains one of the most well-researched — and effective — approaches to resolving (not “managing”)anger that’s ever been devised.

Time to Stop Flying Under the Radar

Why haven’t you heard of FEP? Simple. The brilliant University of Arizona clinicians and researchers who developed and verified its effectiveness were academicians, not entrepreneurs. They didn’t know how to bring their stunning breakthrough to the world.

I’m now the “last man standing” and I’m not good with that. Not by a long shot. I can’t sit silent anymore and watch an absolutely brilliant anger literacy framework finish fading into oblivion. I can’t allow what’s arguably the most useful method for dealing with anger that’s ever been devised to disappear instead of become the most used method for dealing with anger.

My mission is now your gain.

I’ve not merely developed a vastly different — and far more effective — relationship with my own anger:  I’ve discovered a way to help you teach yourself to deal with your anger — and other people’s — far more effectively and usefully than you might have ever thought possible.

3 Key Things You Absolutely Must Know About Anger

Here are the 3 biggest things I now know about anger as a result of my dysfunctional anger upbringing, my failure to develop anger literacy as a young man, and the startlingly valuable successes I’ve had since then:

The Hidden System That is Far Better Than Anger Management

You are on the verge of discovering far better ways of dealing with anger than venting, managing, avoiding, or repressing it. You are about to discover how to effectively deal with boundaries, escalation, flooding and recycling anger in the distinctly different ways that each form uniquely requires. You are about to tap into a wellspring of wisdom and tools for dealing with anger that aren’t even known by the vast majority of my fellow psychologists and other helping professionals & human potential experts… let alone everyday folks who value their self-development enough to invest in it.

Just how valuable is this system? Valuable enough to have been Featured in Forbes (opens new window).

This highly valuable system remains unknown to most people even though it’s arguably the most complete system available for vastly upgrading our relationship with all four forms of anger. You now have an opportunity to access the Anger Literacy & Effectiveness System™ that:

If you’re like virtually everyone who has already accessed this Full-Spectrum Anger Literacy & Effectiveness System™, I’ll bet it will knock your socks off. Watch this brief video to see if you agree:

Forget anger management. Your wait for a better way is over. Now you can instead become a master at preventing anger, utilizing it, completing it, and repairing it. Check out what’s included in my Conquering Anger Mountain™ Full Spectrum Anger Literacy & Effectiveness System now at www.DrGruder.com/angercourse (or click the button below for more details & to access it). You won’t find anything else like it… anywhere else.