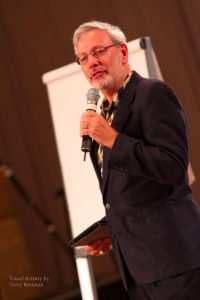 Dr. Gruder is for you if…

Dr. Gruder’s mission is to make happiness sustainable, collaboration productive, integrity profitable, and society healthy. He is known for his broad talents, integrative mind, unquenchable passion, huge heart, deep integrity, and naked authenticity. Everything he provides is geared to help you make all of this possible so you can succeed in your chosen spheres of influence.

Who is Dr. David Gruder? He’s…

Those Dr. Gruder assists ascribe their success to his uncanny ability to translate intentions and values into step-by-step implementation procedures that enable leaders, enterprises, and causes to walk their talk.

Are you an innovative market leaders and thought leaders looking for strategies and skills that enable you to prove to their stakeholders that your business, nonprofit, or governance entity can profitably thrive without sacrificing integrity or social responsibility?

Are you looking to up-level your business or organization, provide new value to your event attendees, or serve clients or society more effectively?

Then now might well be your time to engage Dr. Gruder.

You’ll discover on this website your range of options for engaging Dr. Gruder to help you Make Integrity Profitable.™

Want more details about Dr. Gruder’s background, expertise, experience and awards? Click “Dr. G’s Detailed Bio” beneath the next section. (You can also download his bio via the link at the bottom of that window.)

A journalist, editor, & multi-award-winning best selling author in a broad range of categories

Special Counsel to the Chairman & Board of CEO Space International

Elder with the ManKind Project International

BACKGROUND
Dr. Gruder earned his PhD in clinical & organizational development psychology from the California School of Professional Psychology in 1982, a decade after he was trained in Master Planning (50-100 year plans). An entrepreneur since 1980, he became been dually licensed in California as a psychologist (PSY9266) and a marriage & family therapist (MFT18889) in the mid-1980s. As a leader, trainer and keynote speaker, he combines 4 decades of expertise in curriculum design and training techniques with his early experiences as a musician (trombone and voice), actor, and vocal director, and his extensive experience providing psychotherapy between 1980 and 2000. As a professional writer and frequent media guest, he also draws on his early experiences as the executive editor of a university newspaper and his education in print and broadcast journalism.

EXPERIENCE
Since the 1970s, Dr. Gruder has held administrative, leadership and training roles in virtually sector of the human potential movement. Over the course of his career, he has provided keynotes and training programs on well over 100 different topics in leadership, entrepreneurship, psychology, relationship development, and self-development, in 7 countries on 3 continents, and via the internet. He has been a consultant, mentor, and trusted advisor to a wide variety of leaders, executives, entrepreneurs, work teams, helping professionals, elected officials, and integrative self-developers, in the for-profit, nonprofit, and public sectors. In addition to founding for-profit businesses and nonprofit organizations, he has served on numerous boards of directors, has been Special Counsel to CEOs and Boards, has been a TEDx Speaker, and has trained a group of World Trade Organization Ambassadors.

CURRENT & PAST LEADERSHIP, ADMINISTRATIVE & TRAINING POSITIONS
Dr. Gruder was Special Counsel to the Founder/Chairman, faculty, and a board member of CEO Space International, a leading entrepreneur development organization. He continues to serve them as a Legacy Faculty. He has also been a California Institute for Human Science faculty member and a Guest Faculty for the Association for Integrative Health & Medicine’s Interprofessional Fellowship Program. He continues as a Certified Elder in the ManKind Project, an international nonprofit whose mission is creating a safer world through helping men become safer and more integrious. In the mid-1970s he was the administrative assistant to the president of Alfred University, and an administrator for the first integrative health & medicine professional organization, the Association for Holistic Health. He went on in 1998 to co-found and serve as the first president of the Association for Comprehensive Energy Psychology (ACEP). He also co-architected ACEP’s code of ethics and two of their certification programs.

RECOGNITIONS RECEIVED
Dr. Gruder was taken by surprise in 2002 when he was named the first recipient of the David Gruder Leadership Award, a leadership award that had been named in his honor and has been periodically awarded to worthy leaders since then. He was proclaimed “America’s Integrity Expert” by Radio & TV Reports in 2008. In 2016, he received an additional Culture Creation award for his work in building collaborative cultures in organizations. He was also the 2019 recipient of the Greg Nicosia Visionary Leadership Award.

BOOKS PUBLISHED
Having grown up being relentlessly edited in technical writing by his attorney father, and in creative writing by his published-poet mother, Dr. Gruder was virtually destined to become a multi-award-winning author. As a young man, he added journalism to his repertoire through being a proofreader, reporter, columnist, and ultimately executive editor of his college newspaper. He has since appeared in 23 books that he has either authored, co-authored, been the Psychology Editor for, written chapters in, or authored forewords or afterwords. A multi-category best selling writer (business leadership, business consulting, and small business & entrepreneur consulting), the books of which he has been the primary or sole author have won 8 awards in: “Politics & Society,” “Culture Change,” “Business & Leadership,” “Health & Wellness,” “Mental Health,” “Psychology,” and “Self-Help” (2 times). Those awards began with his first published book, Sensible Self-Help: The First Road Map for the Healing Journey, which won two book awards, including Colliers 1997 Mental Health Book of the Year. His classic on integrity restoration, The New IQ: How Integrity Intelligence Serves You, Your Relationships & Our World, earned six more awards. Over the course of his career he has also produced well over a dozen training manuals, 70+ audio programs, two certification programs, multiple online courses, and A Declaration of Global Responsibility: 10 Principles for an Integrated Response to the Root Causes of Terrorism.

MEDIA EXPERIENCE & VISIBILITY
Dr. Gruder credits his training in print and broadcast journalism in college with laying a solid foundation that resulted in his having given hundreds of local, syndicated, and national radio, television and print interviews over nearly 4 decades. He has also been published numerous articles in a variety of outlets. Some highlights include Inc (twice), Forbes (18 times), and Nonprofit Performance Magazine (3 times), and co-hosted the Integrity Talk Radio show until time demands made it impractical for him to continue that show.

INTERESTING ADDITIONAL TIDBITS
A child of the 1950s & 1960s, David’s parents naively sent him to Woodstock when he was 15 (a very funny story!), and his experiences there continue to influence his personal and professional and personal life in surprisingly useful ways. He was equally profoundly impacted by having been in New York when 9-11 attacks occurred. David’s first love was music. When he won his first award at age 17 (the G. Gordon Knight Award for Outstanding Musicanship), he was expected by many to make music his career. From age 10 to 21, he performed on trombone and vocally. As a trombonist, he was in classical and marching bands, classical orchestras, jazz ensembles, and performed in pit orchestra for musicals. As a vocalist, he sang in large choirs, in small ensembles (classical, pop, and barbershop quartet), as a soloist, and as a lead-role actor in musicals. He also served as vocal director and assistant conductor for a couple of musicals. Having grown up in and around New York City, David has lived in San Diego, California, since 1975. His wife Laurie is a licensed acupuncturist and artist with a permanent exhibition in San Diego (and soon in Chicago as well). They take great delight in having boundless fun with each other, with their unendingly delightful cats Isabel & Sage, and with their family and friends.

HOW TO ENGAGE DR. GRUDER
As a Speaker, Trainer & Media Guest: Whether your audience is executives, entrepreneurs, thought leaders/influencers, helping professionals, or advanced self-developers, Dr. Gruder has an array of A-List keynotes and training programs that will delight them. He can adapt any of his many existing presentations & programs to your specific audience, or he can rapidly develop a custom program exclusively for your needs.

Across the 43 years since developing his first training program in 1972, Dr. David Gruder has created programs on over 100 topics, has architected certification and train-the-trainer programs, and has delivered keynotes & training programs in seven countries on three continents. His specialty is transforming an enterprise’s values into skills and procedures that enable you and your people to make those values profitable.

His books have won awards in the unusually diverse areas of politics, social change, business, leadership, health & wellness, mental health, psychology, and self-help. Radio & Television Reports dubbed him America’s Integrity Expert in 2008, and in addition to having provided many hundreds of media interviews, he has been featured in Forbes 18 times and counting. That’s because he makes complex concepts practical.

Who is he? Dr. David Gruder: the clinical & organizational development psychologist whose expertise is sought by a broader range of individuals and organizations than probably any psychologist you’ve ever run across; from leaders in governance, business, healthcare, education, and nonprofits, to providers of personal, relationship, financial, and executive development services. In fact, a book publisher wrote that Dr. Gruder could “one day be viewed as the Sigmund Freud of the 21st century.” Yet, despite his breadth of experience, accolades and requests, you won’t find a speaker, trainer, or trusted advisor who is more joyful, approachable, humble, collaborative, and teachable, than Dr. Gruder.

With this in mind, consider the upgrades you would be wise to make to fully become the leader your venture needs you to be for it to succeed. And consider the productivity & collaboration procedures your people most need for your venture to reach its full potential.

If you see how you could benefit from engaging a business and leader peak performance psychologist with a range of expertise and experience that’s as surprisingly broad as Dr. David Gruder’s, you owe it to yourself to find out what he can do for you and your enterprise.

3 of the 23 books Dr. Gruder has authored/co-authored,
written chapters/forewords/afterwards in,
or been the Psychology Editor for…

Conversations with the King:
Journals of a Young Apprentice
Co-authored with Elvis Presley’s
stepbrother David Stanley 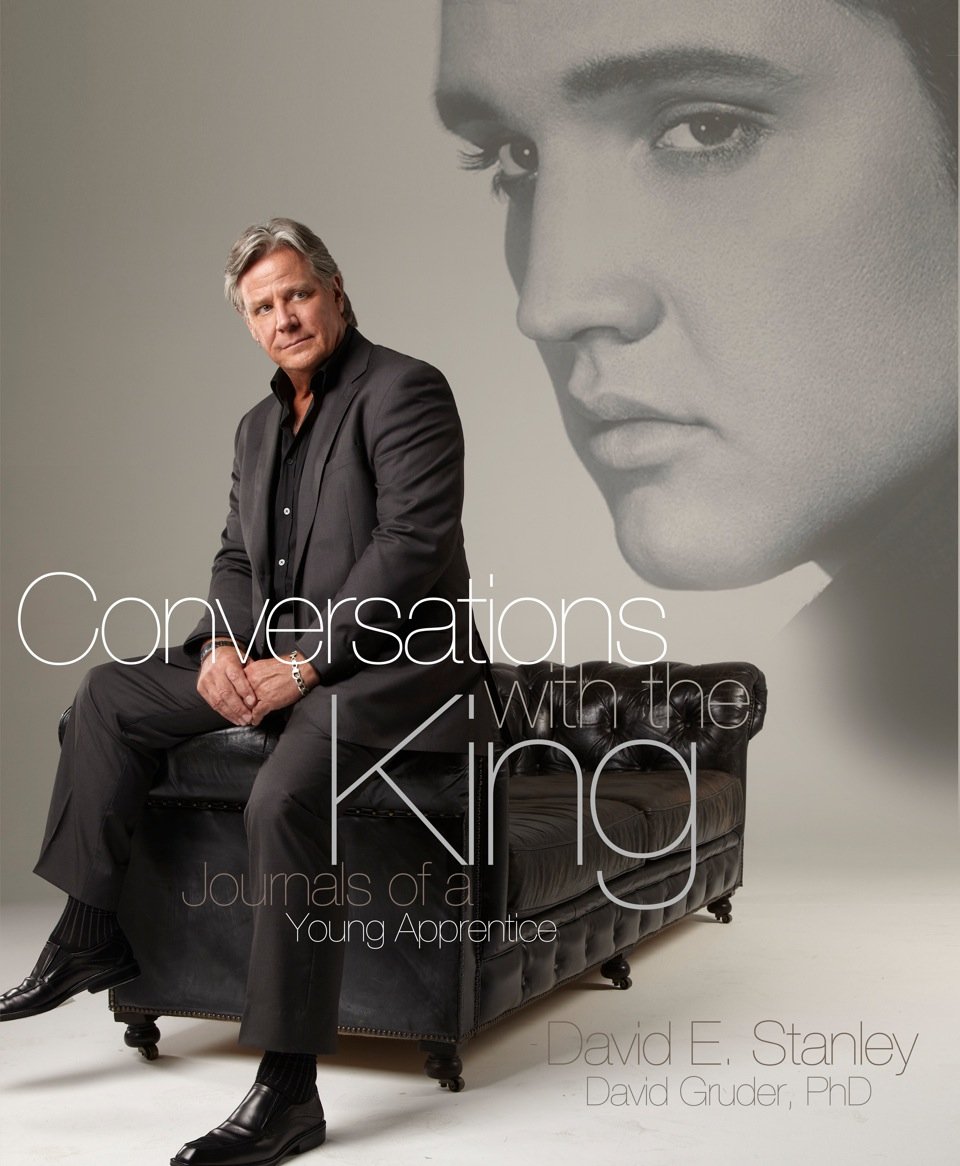 The New IQ: How Integrity Intelligence Serves You, Your Relationships & Our World 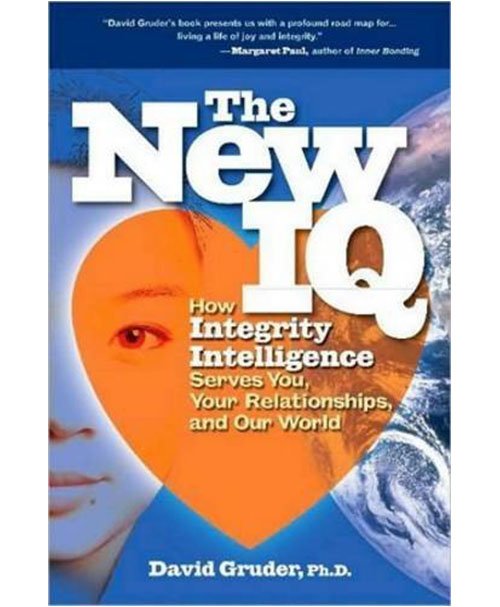 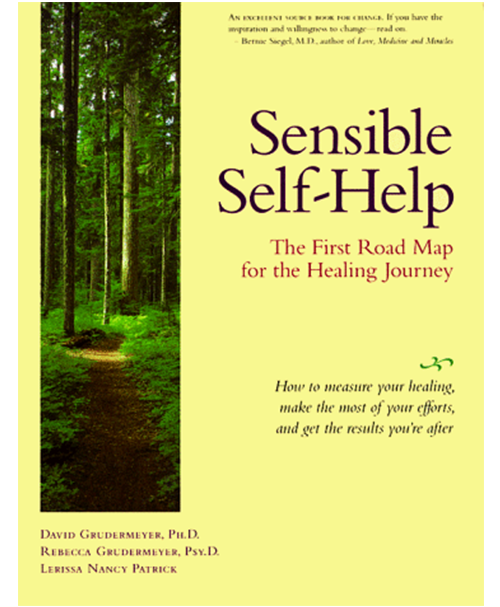